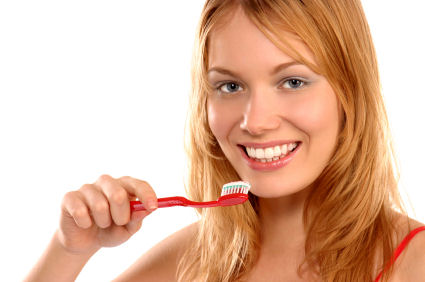 If you’re a pregnant woman, it’s very important that you visit your dentist regularly. Evidence suggests that serious gum disease, also known as periodontitis, can cause premature birth and low birth weight. In fact, the risk of having a premature baby is seven times higher for women with severe gum disease.

When women are pregnant, they have a higher chance in general of developing swollen gums because of the hormonal changes that take place in the body right after conception. Usually these effects are temporary, but this condition is still important to treat. It’s believed that in some women, the oral bacteria that’s responsible for the gum disease enters the bloodstream – not only exposing the baby to the bacteria, but also alerting the immune system to send signals to the uterus that the baby needs to be delivered. The American Academy of Periodontology speculates that “the likely culprit is a labor-inducing chemical found in oral bacteria called prostaglandin.”

While more research needs to be done in this area, studies have already been done to establish the risk of premature birth from gum disease. Professor Steven Offenbacher from the University of North Carolina at Chapel Hill tested 357 women for gum disease when they were less than 26 weeks pregnant and again three days after their babies were born. His study concluded that the women with gum disease during pregnancy had a higher than average rate of going into labor more than three weeks early.

So what can be done to prevent premature birth from gum disease? Visiting the dentist regularly, just as people should throughout their lives, can help identify potential problems before they escalate. Also, eating at least three servings of foods high in calcium each day can help prevent gum disease as well.