Recalling a conversation a friend and I had over dinner a few months ago we discussed the possibility of her having veneers put on her teeth. I was highly against the idea as I think her smile is already beautiful but her defense was that the veneers would give her an extra boost of self-confidence that she felt she was lacking in her life. So I began wondering if she was actually right. Do cosmetic dental procedures such as veneers and teeth whitening actually boost a person’s confidence, or are they simply a disguise covering up deeper emotional issues?

It’s no surprise that the first thing someone sees when introduced to another person is his or her smile. Now, quite understandably if someone doesn’t have the best set of teeth, his or her confidence may not be at its highest peak, but the question here is whether or not changing our external appearance will actually improve the feelings we enclose emotionally. With the case of my friend, veneers were her way of feeling more confident in herself while at her job, which consists of talking face to face with passing customers all day long. But coming from my perspective, I couldn’t understand why she would feel that way because she was already showcasing an absolutely beautiful smile.

It’s because confidence is a very individualized topic, meaning that it varies depending on the person. For some people, rewarding themselves with procedures such as having veneers put on their teeth not only brightens their smile, but also their self-esteem which is essentially a very positive effect. Oral cosmetics range from a variety of services including veneers, teeth whitening, fillings, and orthodontics all of which not only better a person’s physical appearance, but also betters their health as well.

Most people that own something of value to them, whether it be an old 67′ Chevy or a beautiful smile tend to take better care of it. So for people like my friend who desire cosmetic dentistry, these procedures don’t function as a disguise. Instead they are a stepping-stone to taking better care of their well being both inside and out. 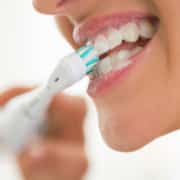 Cosmetic Dentistry: Paving the Way Towards a More Confident Smile